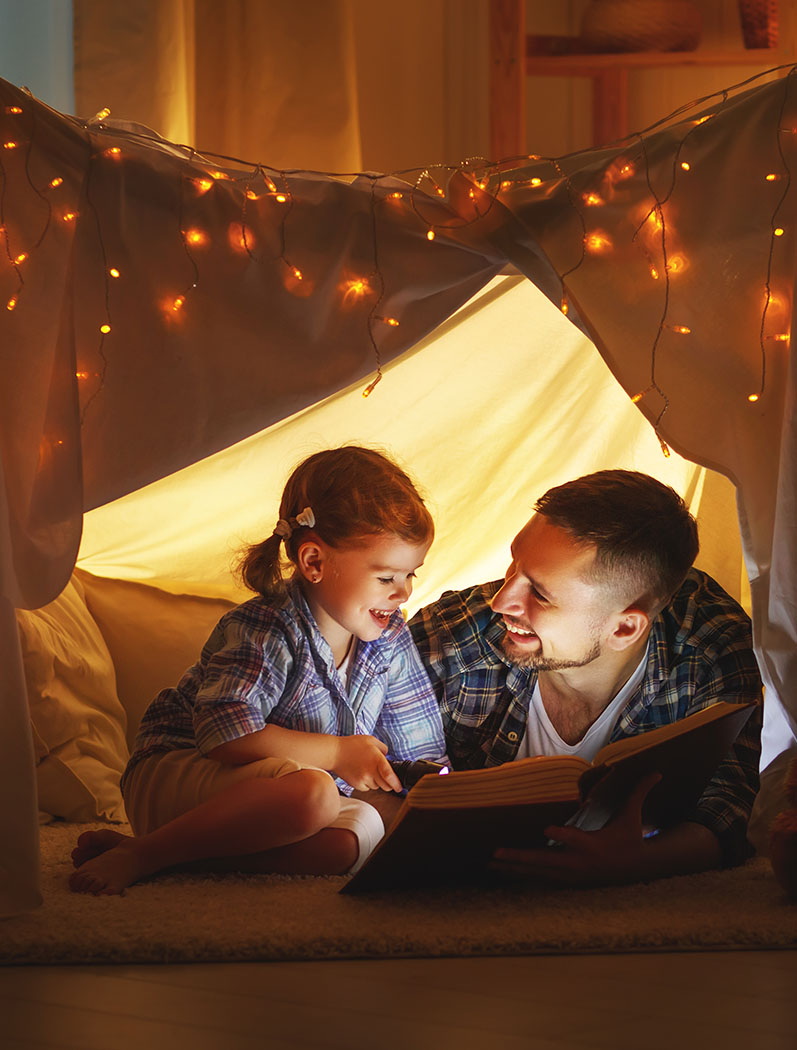 Your brain is an amazing amalgam of tissue, neurons, axons, dendrites, synapses, and water – all combining together to control and coordinate our conscious and unconscious body functions, as well as higher functions like memory, learning, and thought.

But in spite of the wonders your brain can perform, it is still susceptible to bleeding, infection, trauma, and other forms of damage just like any other part of your body. When this occurs, you may develop symptoms that impede your body’s functions and may require surgery to diagnose or treat the problem. 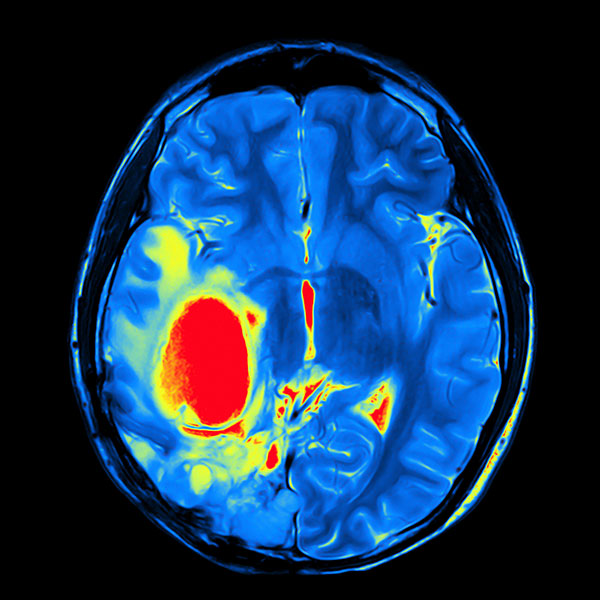 A brain tumor is a mass of tissue that forms by the accumulation of abnormal cells in one location. As cells age, they typically die and get replaced by new cells. Tumors form when something disrupts the cycle so that the cells grow instead of dying. As the process continues, new cells are added to the mass and the tumor continues to grow.

Not all brain tumors are cancerous. The ones that are malignant typically grow faster than benign tumors and can spread to other parts of the brain and central nervous system.

New treatments are being developed rapidly and the prognosis for patients with brain tumors is brighter than it ever was in the past.

There are several different types of brain tumors and treatment depends on which type you have. These tumors include:

These are benign, slow-growing tumors, either solid or cyst, that arise from the stalk that connects the pituitary gland to the brain. Located behind the eyes, a craniopharyngioma may cause vision problems, headaches, nausea, and difficulty with balance if it exerts pressure on the brain. It also may interfere with the production of hormones from the pituitary gland. However, not all patients will experience symptoms.

Gliomas are primary tumors. Gliomas are graded, or divided, into levels based upon their rate of growth and potential for rapid deterioration. The higher the grade, the more aggressive the tumor.

Treatments for gliomas depend upon the grade and will typically involve a combination of therapies including surgical removal, chemotherapy, and radiation. Astrocytomas, the most common of these tumors, are tumors that sprout from abnormal astrocyte cells, which support neuron function and generation in the brain, among other things. Astrocytomas are graded on a scale of 1 through 4, with 4 the most serious form.

Symptoms vary and may include mental dysfunction, seizures, persistent headaches, vomiting or swelling. The standard treatment is surgery if the tumor is accessible, followed by radiation therapy and chemotherapy. In grades 3 and 4, there is a high probability that the tumor will return, so follow up treatment and diligent follow up is essential.

Meningiomas are tumors of the meninges or coverings of the brain. The majority are benign. Acoustic neuromas and pituitary tumors are other common benign tumors. They may be treated with surgical removal, radiation or stereotactic radiosurgery using gamma knife technology. The type of treatment depends on the size and location of the tumor, surrounding critical structures, and the patient’s general health and well-being.

Oligodendroglioma is a type of glioma and develops from cells called oligodendrocytes, which produce the fatty covering that insulates the electrical transmission carried by nerve cells. Often formed in the frontal or temporal lobes, an oligodendroglioma either grows slowly or quickly — known as an anaplastic oligodendroglioma. The tumor may originate as a benign growth, but over time it can develop into a malignant lesion. The location of the tumor produces different symptoms. In the frontal lobe, a tumor may affect mood and personality and possibly cause paralysis on one side of the body. In the temporal lobe, a tumor may affect coordination, speech, and memory.

When detected early, a small tumor may be treated using stereotactic surgery, such as Gamma Knife® treatment. However, a more developed lesion may infiltrate healthy brain tissue, which may require traditional surgery.

Many different tumor types originate from or extend into the base or bottom of the skull, upon which the brain rests. Because the front of the skull base slopes down behind the eyes and nasal cavities, skull base tumors require considerable surgical skill to avoid damage vital nerves and tissues. Skull base tumors may be benign or malignant and produce few symptoms until they grow large enough. Symptoms vary depending on the location and size of the tumor and may include facial pain or numbness, headache, recurrent sinusitis, cranial nerve palsies, nasal obstruction, shortness of breath, hoarseness, hearing loss or tinnitus (ringing in the ears). Increasingly, skull base tumors may be excised using endoscopic surgery through the nasal passages, but many still require open surgery. The tumor may be excised through traditional open surgery or endoscopic microsurgery through the nasal passages. In some cases, particularly when the entire tumor cannot be safely removed, surgery is followed by radiation therapy, which can be traditional or Gamma Knife® surgery.

Brain tumor symptoms vary according to the type and location of the tumors. Some brain tumors do not produce symptoms. Other times, symptoms might include:

Regardless of whether the tumor is benign or malignant, it’s important that it be removed, if at all possible. Brain tumors can damage the cells around them by causing inflammation and putting increased pressure on the tissue under and around it as well as inside the skull. For those tumors that can’t be surgically removed due to the location in the brain, chemotherapy and radiation therapy may be options for killing or shrining the tumor. These therapies are sometimes recommended after surgery on malignant tumors to kill any remaining cancer cells.

If you’ve been told your tumor is metastatic, it means you have a primary cancerous tumor that began in a different area of your body and then spread to your brain through your bloodstream. Brain metastasis is pretty common, affecting an estimated 150,000 – 200,000, or 24 – 45 percent of all cancer patients in the U.S. Compare this to the approximately 17,000 people diagnosed each year with a primary brain tumor.

Cancer can metastasize (or spread) to a single location or to multiple locations in the brain. It can also spread to the cerebrospinal fluid or to the leptomeninges, the outer lining of the brain and spinal cord. This type of metastasis is known as leptomeningeal disease (LMD), or leptomeningeal carcinomatosis.

Increasingly, metastatic tumors can be treated using Gamma Knife® technology, a non-invasive procedure in which Dr. Soldevilla is specifically trained.

These metastatic tumors generally increase pressure in the brain, resulting in headache and vomiting. Other symptoms may include:

Surgery is an important part of the management for some patients with brain metastasis. During surgery, tissue is first obtained to confirm the diagnosis. Then the tumor is removed.

Increasingly, Dr. Soldevilla is treating metastatic tumors by incorporating gamma knife technology, which uses radiation instead of open surgery to shrink tumors. Open surgery is performed when Dr. Soldevilla determines that it is likely to lead to greater relief of symptoms than might be achieved by other treatments and possibly extend survival. 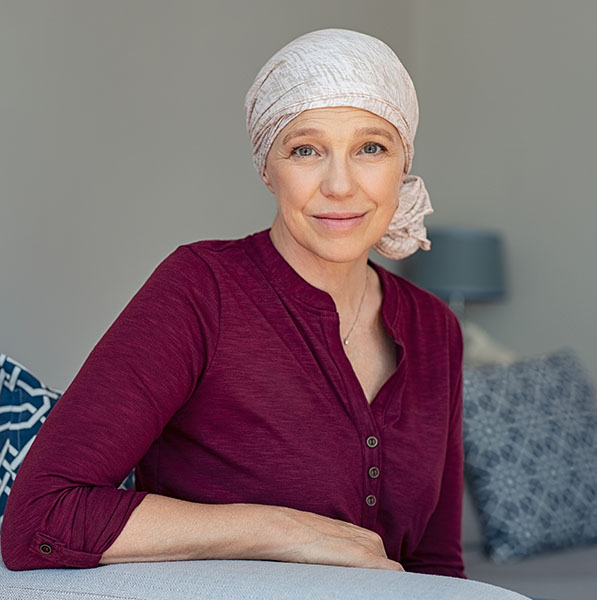 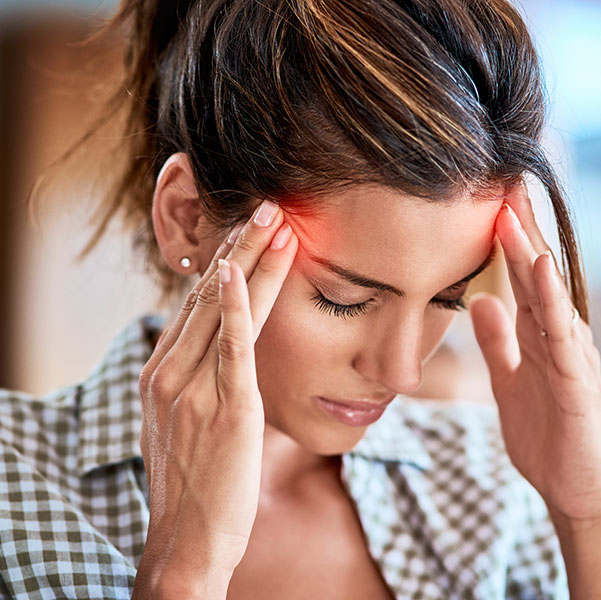 A pituitary adenoma is a typically slow-growing, benign growth or tumor on the pituitary gland that isn’t considered cancerous and won’t spread to other parts of the body.

However, because the pituitary gland is located below the brain and above the nasal passages, a pituitary adenoma can grow and press upon nearby nerves that lead to the brain, thus causing symptoms. Additionally, a large adenoma can crush normal pituitary cells and impede them from working properly, causing visual changes, headaches, and additional symptoms.

General symptoms can include:

Pituitary adenomas can be treated with medication, surgery, radiation, or a combination of these.

Through medical management, some types of pituitary adenomas can be shrunk and symptoms relieved, while radiation therapy can kill the cells and thus shrink the tumor. When surgery is indicated, Dr. Soldevilla will typically use endoscopic surgery to remove the tumor.

A subdural hematoma is a pooling of the blood outside the brain and is usually caused by a head injury severe enough to burst blood vessels. This condition can be life-threatening because the bleeding increases pressure on the brain, which in turn compresses brain tissue, which can lead to death.

Although anyone can contract a subdural hematoma, the following conditions increase the risk:

A large subdural hematoma with accompanying neurological symptoms requires immediate medical attention, and in most cases, emergency surgery to drain the hematoma and ease the pressure on the brain.

There are a variety of surgeries used to treat subdural hematomas – Dr. Soldevilla will review your options with you and give you his recommendation that will achieve optimal results with the most minimal invasiveness. 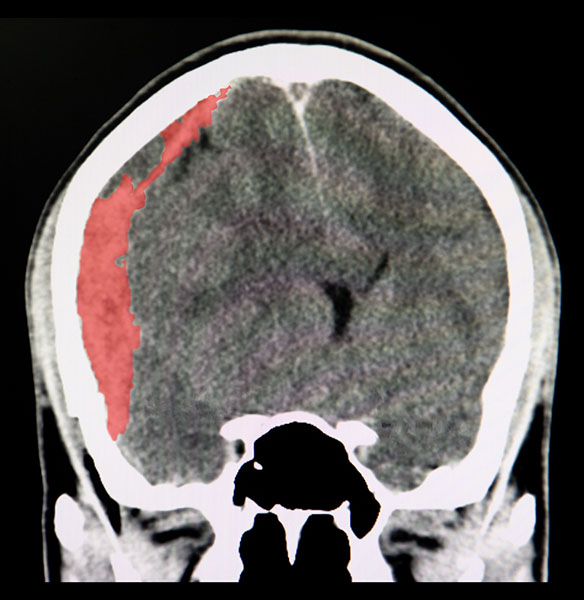 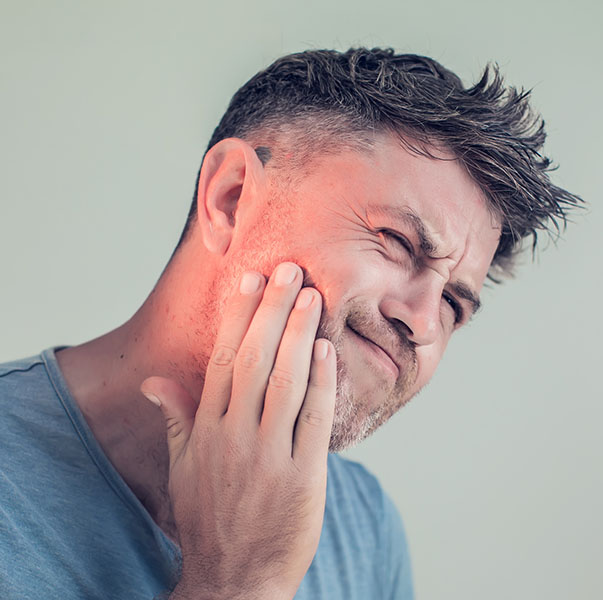 Trigeminal neuralgia is a condition that causes excruciating facial pain. The pain is often triggered by everyday activities such as touching your mouth, talking, eating, brushing your teeth, shaving, etc. These pains often last only moments, but the pain is so severe that it can be incapacitating.

Trigeminal neuralgia is caused by vascular compression of the fifth cranial (trigeminal) nerve. It may involve one, two or (rarely) three branches of the nerve and almost exclusively occurs on only one side of the face.

Episodes of facial pain are the main symptom of trigeminal neuralgia. These may start out as short and mild attacks, but the condition usually progresses and causes longer, more frequent bouts of pain.

The pain is typically triggered by things like touching your face, chewing, talking, or brushing your teeth. It can also manifest as a constant aching, burning feeling in areas fed by the trigeminal nerve such as the cheek, jaw, teeth, gums, lips, or (less often) the eye and forehead.

Treatment of trigeminal neuralgia usually begins with medication such as anticonvulsants, muscle relaxers, and even Botox injections. If medications are not effective or side effects of the medications are unacceptable, surgical treatment may be considered. Most often, Dr. Soldevilla’s surgical approaches include blocking the appropriate nerve or microvascular decompression or employing the Gamma Knife® procedure.